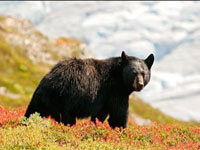 Kashmir is home to a rich diversity of wildlife supplemented by an equally rich variety of flora and fauna. The sight and sounds of some of the rarest & endangered species such as majestic Kashmir Hangul, brown bears, snow leopard, Ovis Ammon, Musk dear, Markhor, blue sheep & ibex are unparalleled experiences in themselves. Watching birds and animals in their natural habitats is an experience in itself.

The country offers immense opportunities for wildlife tourism. The immense heritage of wildlife in Kashmir comprises of more than 6 different valleys and Dachigam national park in particular. 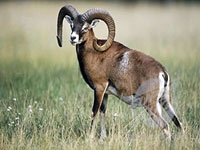 Dachigam National Park is a beautiful reserve, 22 km from Srinagar, the capital city of Jammu and Kashmir, it stretches across an area of 141 square kilometers. With abundance of the most scenic natural beauty, the variation in its altitude is vast, ranging from 5500 ft to 14000 ft above the sea level. Thus, it is very clearly marked into an upper and lower region and the best times to explore these two areas are summers and winters respectively. The park has been a protected area since 1910 and its name literally means ‘ten villages’, which stands for the number of villages that were relocated for its formation. It was finally declared a National Park in the year 1981. Initially created to ensure clean drinking water supply for the city of Srinagar, it now houses many rare species within its premises including Hangul, or Kashmir Stag.

The entire appearance of park changes with the onset of each season. In the winters, during the months of November to February, the park adorns a white cloak of snow. Hangul moves down to the lower regions in this season and is more easily sighted. Spring arrives in March and the ample greenery of the park stands in contrast with the preceding snow of the mountain slopes. Wild Cherry and other fruit trees give the lower regions a splash of pastel colors. Short summer season thaws out snow to unveil waterfalls and streams and even the higher regions are covered with vast grassy meadows and beautifully scented flowers. This is also the mating season for the Hanguls, which have already moved to the higher region are followed by the females and their recently born young ones during this season. August invites Autumn and the tree leaves turn to bright shades of red, gold, yellow and orange.

A paradise for the nature lovers, these forest areas are also crucial for the conversation of the endangered species.

On request 1/2 day / full day tour to Dachigam can be easily arranged.